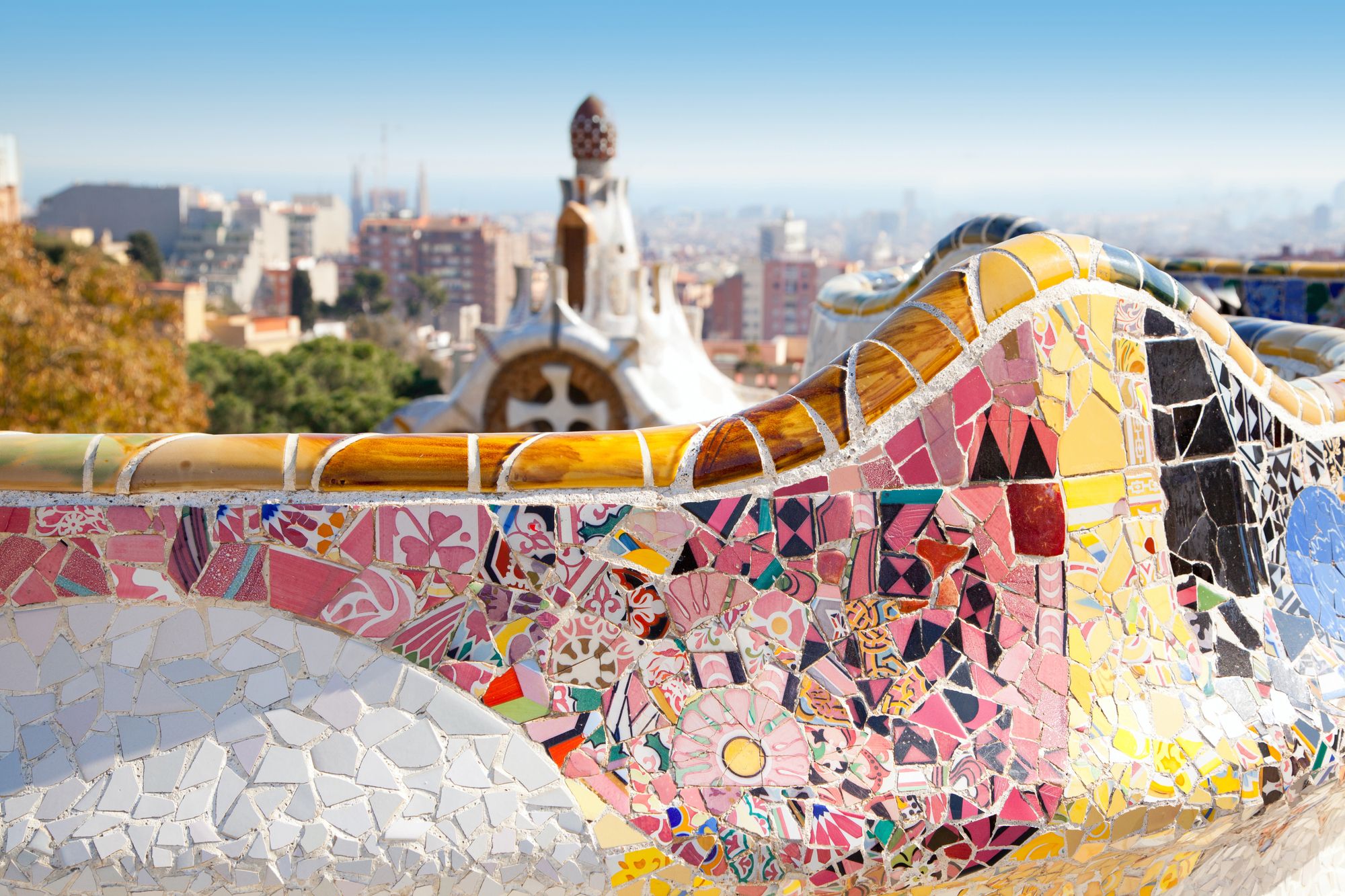 18 best things to do in Barcelona

What is it? Restaurants that specialise in the most traditional of Catalan gastronomy.

Why go? To try the local cuisine: ‘canalons’ at Casa Agustí, where they carefully guard the secret to their version of this iconic winter dish; ‘capipota’ with chickpeas at Can Vilaró, who cook up this tasty gelatinous marvel (their meatballs are also a revelation); and another cool-weather treat you’ve got to try is the ‘escudella’ hearty stew at Ca l’Estevet, where Mark Zuckerberg is among the latest of celebs spotted digging in to the local fare.

2.Do a bit of a different Modernista route
Gràcia

What is it? A less-touristy way to discover Catalan modernism.

Why go? Whether you live in Barcelona or are visiting, you might think you’ve seen all the big modernista sights in town: the Sagrada Família, La Pedrera, Casa Batlló, Park Güell… but you might be surprised to know you ain’t seen nothing yet. The Institut de Paisatge Urbà has made a list of 2,200 buildings that are either 100% modernista or have modernista elements. If you haven’t got time to see them all, we can recommend Casa Vicens, Hotel Espanya, Casa Thomas and Casa Planells for starters.

3. Visit the MNAC and its Romanesque art collection
Sants – Montjuïc

What is it? Catalonia’s national art museum.

Why go? Get a complete overview of Catalan art from the 12th to the 20th centuries. The highlight is its Romanesque collection, featuring one of the oldest and biggest collections of paintings on wood in Europe. The museum’s modern art floor was reopened in 2014, and now boasts pieces in different media up to the 1950s, among them sculpture, painting, photography, posters, cinema, architecture and decorative arts.

What is it? This seaside neighbourhood serves up some of the best paella in the city.

Why go? Finding good rice dishes can be a struggle, but Barceloneta is home to restaurants that get it right more often than not. La Barraca, La Mar Salada, Can Solé, Ca la Nuri and 7 Portes are some of the best places for paella and rice dishes.

Don’t miss: Out of all the options on all the menu at 7 Portes, we recommend you try the ‘paella parellada’, because why mess with shellfish when the chef can do it.

5. Take to the mountains at Tibidabo and Montjuïc

What is it? Everyone knows Barcelona has beaches, but don’t forget about the mountains.

Why go? For exceptional views. This ocean of greenery provides fierce competition for Barcelona’s actual ocean. Climb up to Tibidabo, Collserola or Montjuïc to take it all in, and don’t panic – when we say climb these mountains, we mean via funicular.

Don’t miss: Thrills for kids and adults alike at Tibidabo’s amusement park; wine and olive oil tastings, and lunch at Can Calopa (in Collserola); and a lovely stroll through the botanical gardens on Montjuïc.

6. Search for hidden treasure at the Encants markets
Fort Pienc

What is it? One of the oldest markets for second-hand goods and collectables in Europe.

Why go? Once you’ve taken the necessary time to appreciate Fermin Vazquez’s undulating, reflective roof, get down to the business of shopping. A seemingly endless number of vendors populate the flea market, and we recommend you take your time exploring what’s on offer. Items for sale range from esoteric tchotchkes to more functional sewing machines and bicycles.

What is it? An impressive display of iron architecture that enjoys protected status from the Catalan Department of Culture.

Why go? This structure was designed by Josep Fontserè and built in the late 19th century in the popular style of the era. It has a cage-like iron exterior and brick columns. On the occasion of the 1888 International Exposition in Barcelona, it was used as a large party space. Nowadays, it stands as both a symbol of its opulent past and a present-day conservatory, where plant species from nearly two dozen countries flourish under the arches.

What is it? It’s where to go for terrific, authentic tapas in Barceloneta.

Why go? At La Cova Fumada they don’t concern themselves too much with interior design or style, but you shouldn’t either, because that has no bearing whatsoever on the qua quality of what comes out of the kitchen. It’s said they invented and are best known for the spicy potato and mince meat ‘bomba’, but they also have wonderful grilled sardines and artichokes, cod fritters, full breakfasts, fresh fish, mussels, clams and prawns.

What is it? The Jewish quarter in Barcelona, in the Gothic quarter, bordered by the streets Call, Banys Nous and Sant Sever, and Plaça Sant Jaume.

Why go? As you wander through the streets of this neighbourhood you’ll no doubt gain a better appreciation for the lives of Jewish people throughout Barcelona’s history. A visit to MUHBA El Call can enhance the experience as well: you can see artifacts such as ritual lamps and gravestones, as well as the ‘Salomó ben Adret de Barcelona (1235-1310). El triunfo de una ortodoxia’ exhibition.

What is it? FC Barcelona’s home football pitch. Or rather, Leo Messi’s stomping ground…

Why go? Having one of the best teams in the world in Barcelona brings huge pride to the city, and even more so when the starting 11 features Messi, arguably the greatest footballer of all time. If Barça’s not in town, or you can’t get to a match, the Museum is one of the most visited in the whole city, and brings you even closer to the team and their glory.

11. Drink up the vermouth tradition at Tano’s and beyond
Gràcia

What is it? From the oldest in the city to the most modern, all of these temples of vermouth share a passion for the aperitif.

Why go? What’s referred to locally as ‘the vermouth hour’ has always been a tradition in Barcelona, though it’s seen a surge in popularity in recent years among younger people. Hundreds of bars around town that serve their own home-made variety with the usual accompaniments of sardines, olives, crisps and the like to whet your appetite before lunch. Some of them have been around for nearly a century, like El Xampanyet, Bar Castells and La Vermuteria

12. Have a blast at a Churros con Chocolate party
El Poble-sec

What is it? For many, it’s the best LGBTI party in town.

Why go? They started out in a small space in the Raval and, in September 2012, made the leap to Sala Apolo. Churros con Chocolate is a free monthly party that starts on a Sunday evening and goes until the wee hours, and where you’ll hear everything from old Spanish classics to the latest international pop hits. It’s a fun, raucous time that draws a diverse crowd, features a different theme every month, and where anything goes, ensuring that a good time is had by all.

What is it? Barcelona’s opera house.

Why go? The Liceu is a city landmark, and no form of disaster or economic crisis has managed to steal its spirit or splendour. For about a century after its inauguration in 1847, the Liceu was a cultural reference point and space where the artistic, social and political life of Barcelona thrived, as well as being a measure of the city’s stages of development and decadence. After the fire in 1994, the main hall was remodelled in the style of its 1909 renewal, with some improvements.

14. Climb up to the anti-aircraft battery at Turó de la Rovira

What is it? This hilltop is home to an anti-aircraft battery built in 1937, when Barcelona was the target of hundreds of bombing runs a day during the Spanish Civil War.

Why go? Referred to as ‘the bunkers’, the area is an important part of Barcelona’s history and Catalonia’s resistance to Francisco Franco’s forces during the war. In the 1950s and with the immigration boom, the area was occupied by humble housing. Years later, when the dwellings were abandoned, the neighbours in the area fought to preserve the site as an important historical monument.

15. Dance like mad at all the music festivals
Sant Martí

What is it? Throughout the year, Barcelona hosts some of the biggest and best music festivals in Spain and Europe, featuring all types of genres.

Why go? If you have the budget and the energy, we challenge you to go to the three most popular musical festivals that Barcelona welcomes, come spring and summer: Sónar, Primavera Sound and Cruïlla. Each one is different – in concept and repertoire – but they all have something in common in that when they’re on, there’s nowhere else you’d rather be.

What is it? Barcelona’s first museum of urban art.

Why go? This is not a collection of painted walls torn from streets and buildings, rather a space where more than 20 artists have come to create original pieces directly on the exterior of Nau Bostik. In addition to featuring works by renowned muralists (Sixe Paredes, Sheone, Sebastien Waknine, BToy, Fasim, Manu Manu, Sam3, and more), Bostik Murals offer their walls to students and artists from other disciplines who want to try their hand at murals.

What is it? A light, music and water show at the Montjuïc fountain.

Why go? Most locals will only see this show when they’re little kids or when they have to act as tour guides for visitors. But whether you’ve got your own offspring in tow or not, the show brings out childlike wonder in us all. Engineer Carles Buigas designed the fountain so that the artistic element is how the water changes form. It’s also one of the last remaining attractions made for the 1929 International Exposition.

18. Learn about and drink up wine culture at Can Calopa

What is it? A winery and bodega right in the city of Barcelona.

Why go? Can Calopa is a 16th-century farmhouse with vineyards over three hectares. Since 2010, Can Calopa has been managed by the L’Olivera cooperative, and worked with the social project from with Vallbona de les Monges, which includes creating a home and work for young people with psychiatric disabilities. The winery produces about 8,000 bottles of Garnacha and Syrah varieties red wine a year. 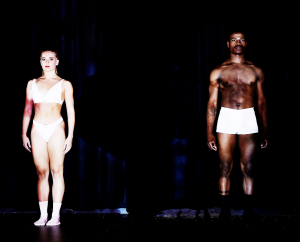 This year, 2022 was a remarkable year for myself and the team, and we were able to begin to bond as a community, to continue 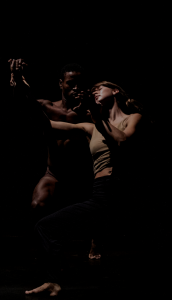 New residency proposed in 2023 at the Institute of the Arts, Barcelona for more information visit our website from January 2023. 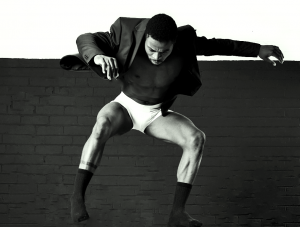 Thank you again to the supporters of the early development of Triplicity with Perception Neuron 0.2. I am thrilled to be working with both MoCap